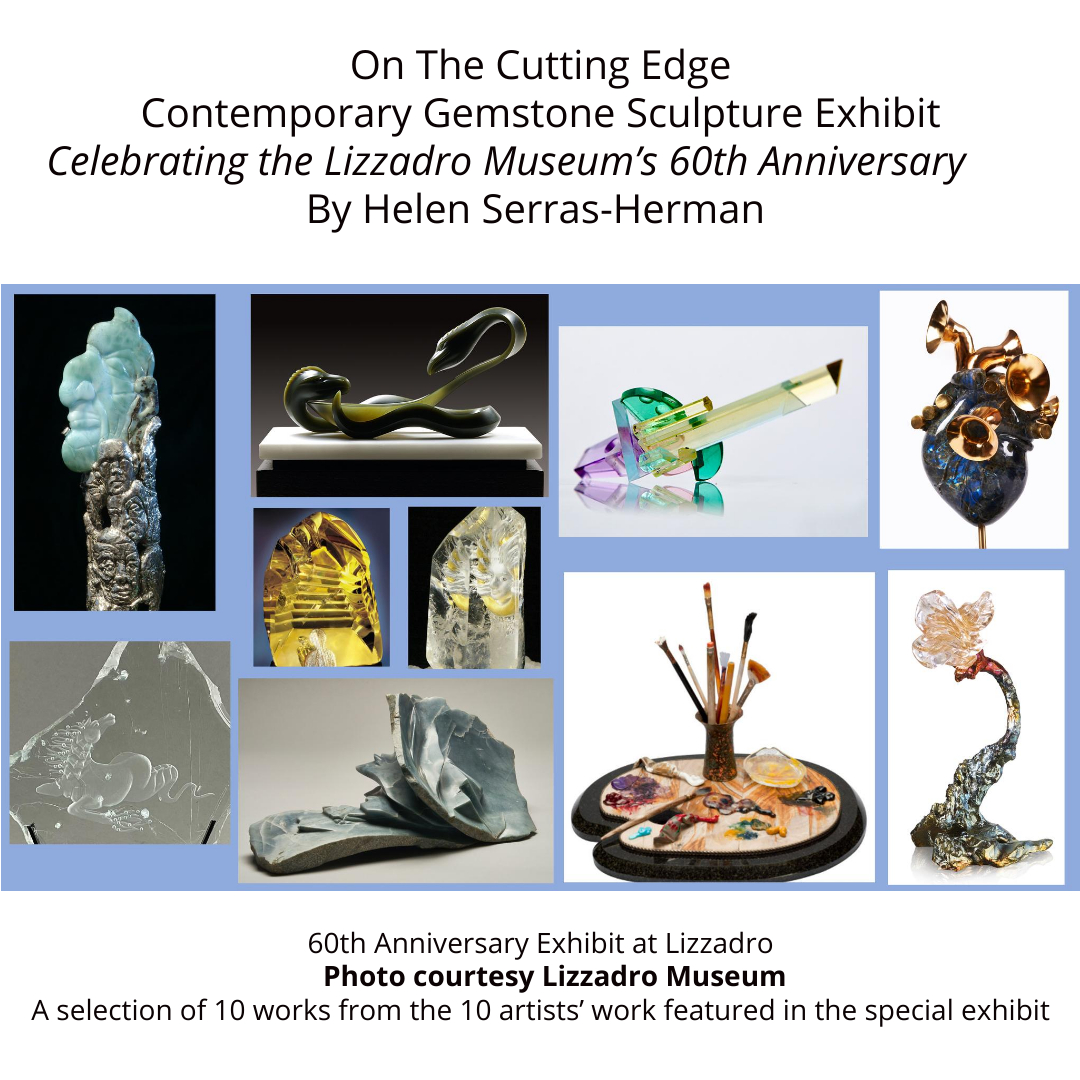 The Lizzadro Museum of Lapidary Art is located in Oak Brook, Illinois, and this year is celebrating the museum’s 60th Anniversary with a special exhibit titled “On the Cutting Edge- Contemporary Gemstone Sculpture”. The museum’s curated exhibit of 30 original artworks by ten contemporary lapidary artists living in both North and South America represents gem carving trends in the 21st century. This special exhibit will run from October 4, 2022, through January 22, 2023. All works in this exhibit are sculptural in nature, featuring gemstone carving. 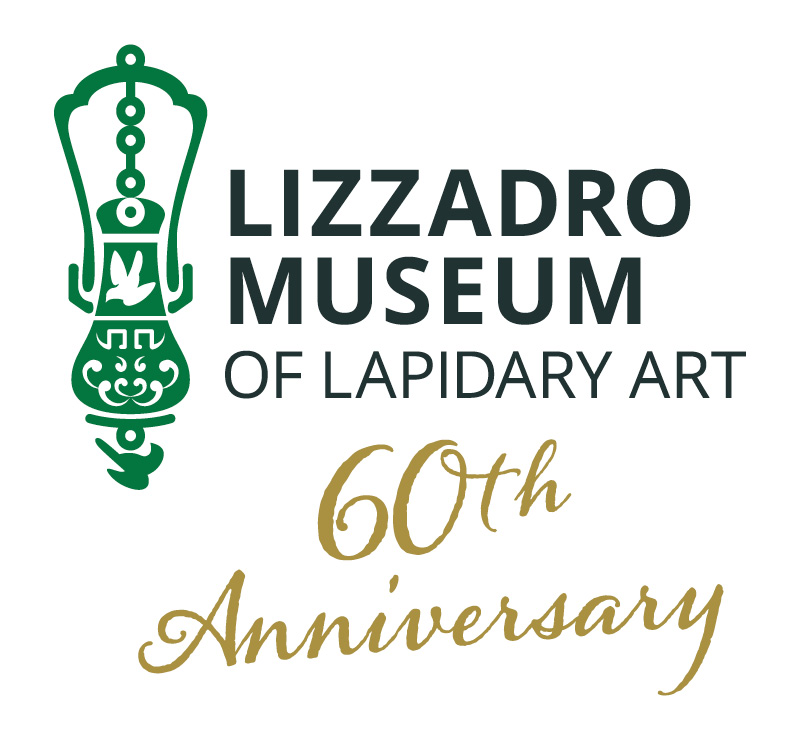 A public celebration event will be held on Sunday November 6, 2022 from 12pm to 3pm. This event is free to the public. Six of the gem artists will be present to demonstrate their art, while others not able to be present will have their books available for purchase (Gem artists currently planning to demonstrate are Martínez, Mann, McGehee, Sarna, Stinson, and Schmerholz). 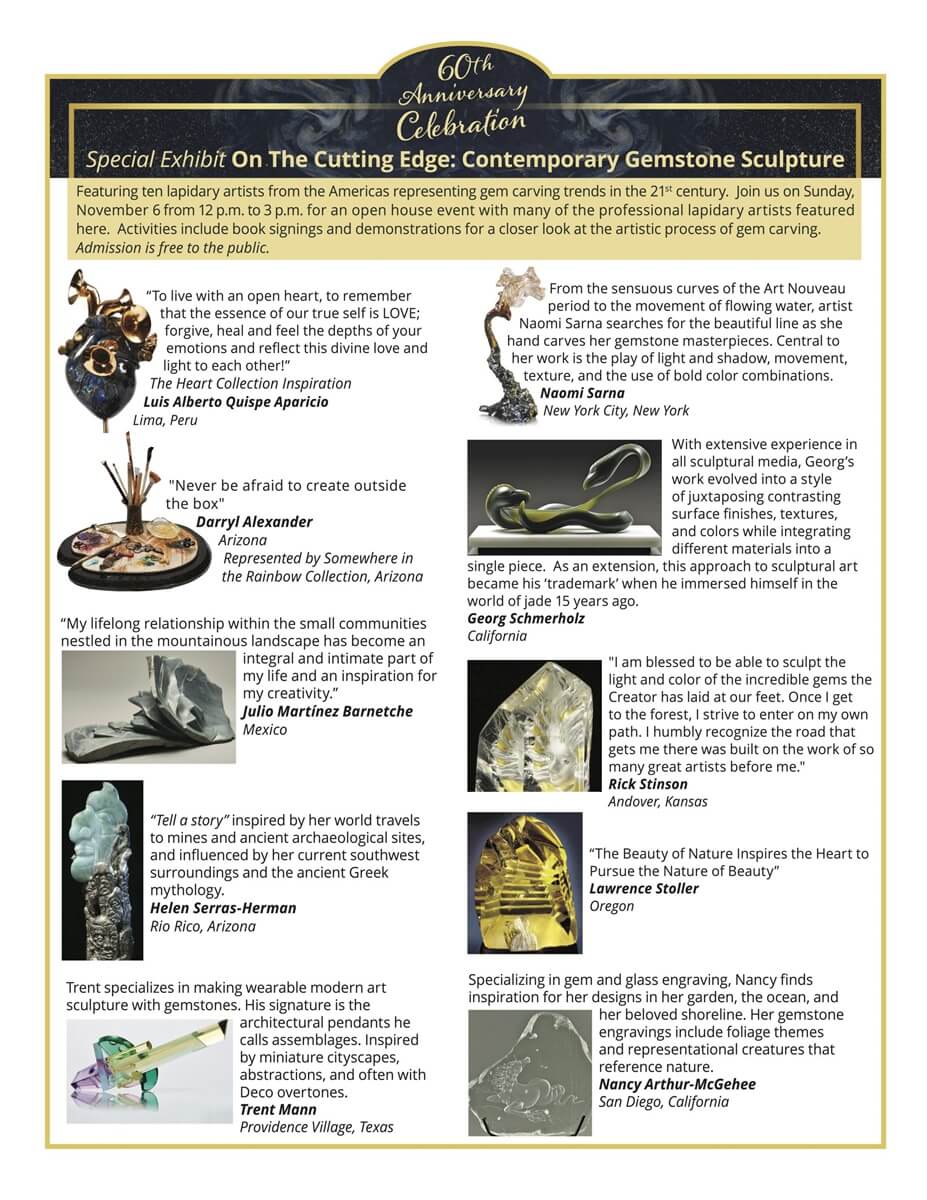 Gem artists and their work were juried in by the museum’s curator and director. Artists include, Darryl Alexander, Luis Alberto Quispe Aparicio, Julio Martínez Barnetche, Trent Mann, Nancy McGehee, Naomi Sarna, Georg Schmerholz, Helen Serras-Herman, Rick Stinson, and Lawrence Stoller. Most of the exhibiting artists are members of the Gem Artists of North America (GANA), an organization founded in 1995 in Tucson, where many gem artists exhibit and meet every year. 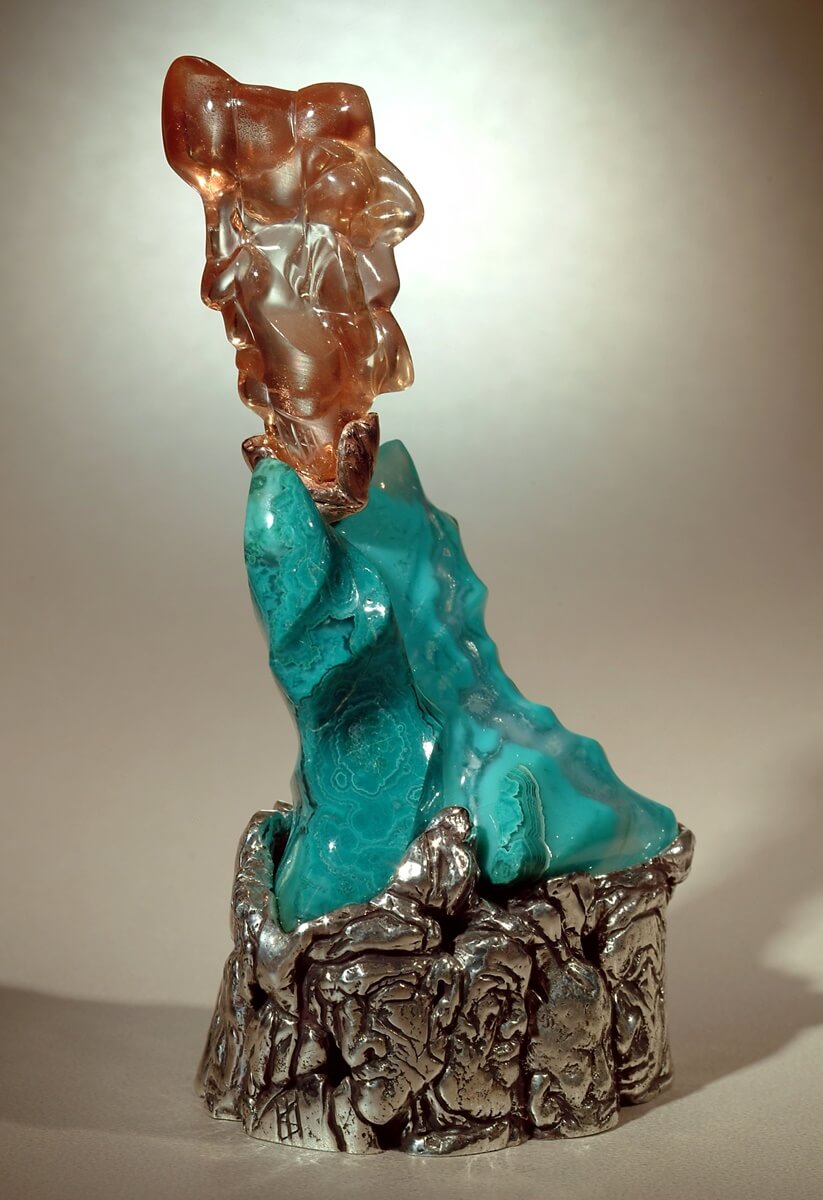 This will be my second time exhibiting at the Lizzadro Museum. The first time was with a GANA group exhibit in November 1997, and I was fortunate to be present at the opening. 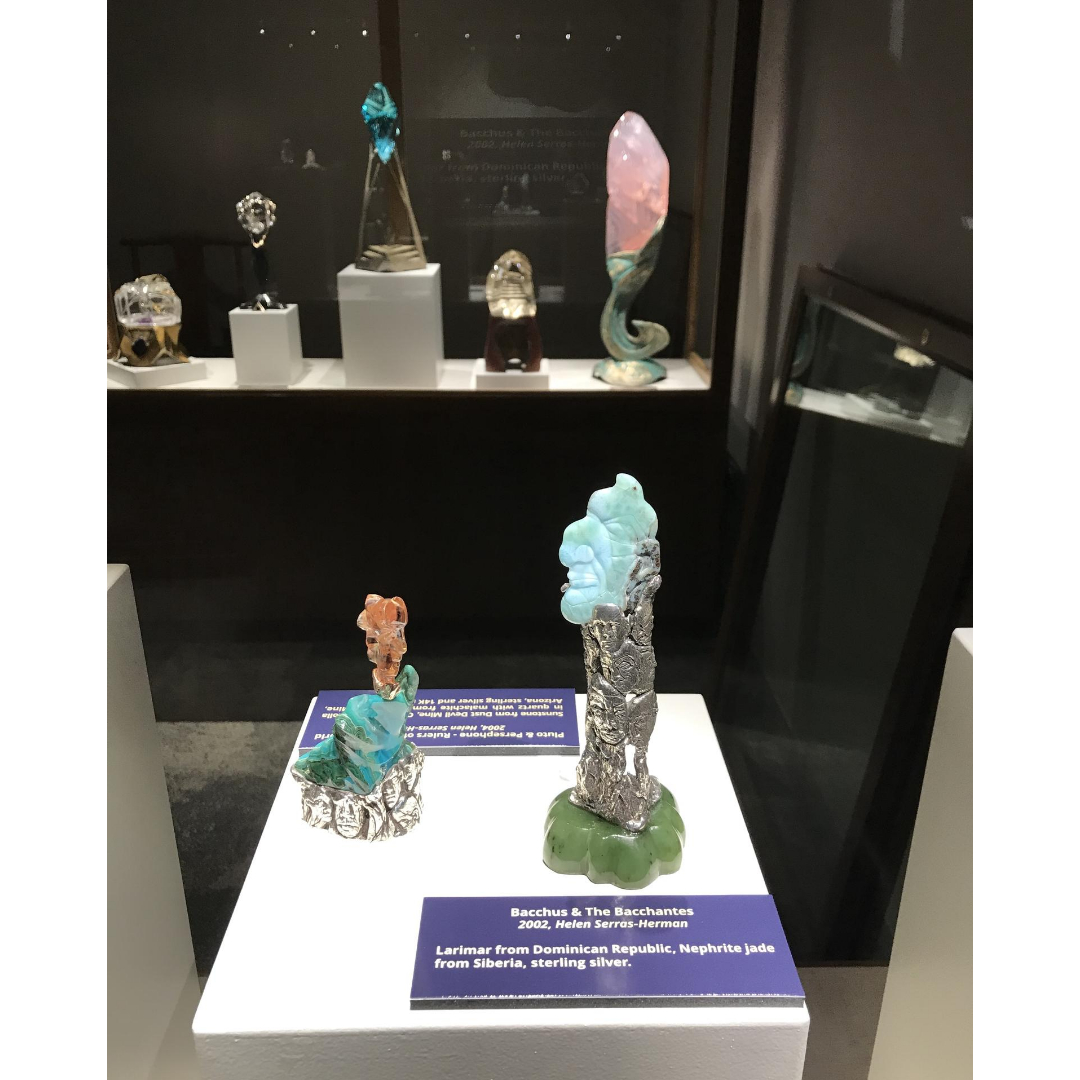 I will be giving a lecture presentation Carved Gems – Inspiration & Expertise via Zoom on Saturday January 21, 2023, at 2pm CDT. Please check the museum’s website and newsletter to sign up.

History of the Lizzadro Museum 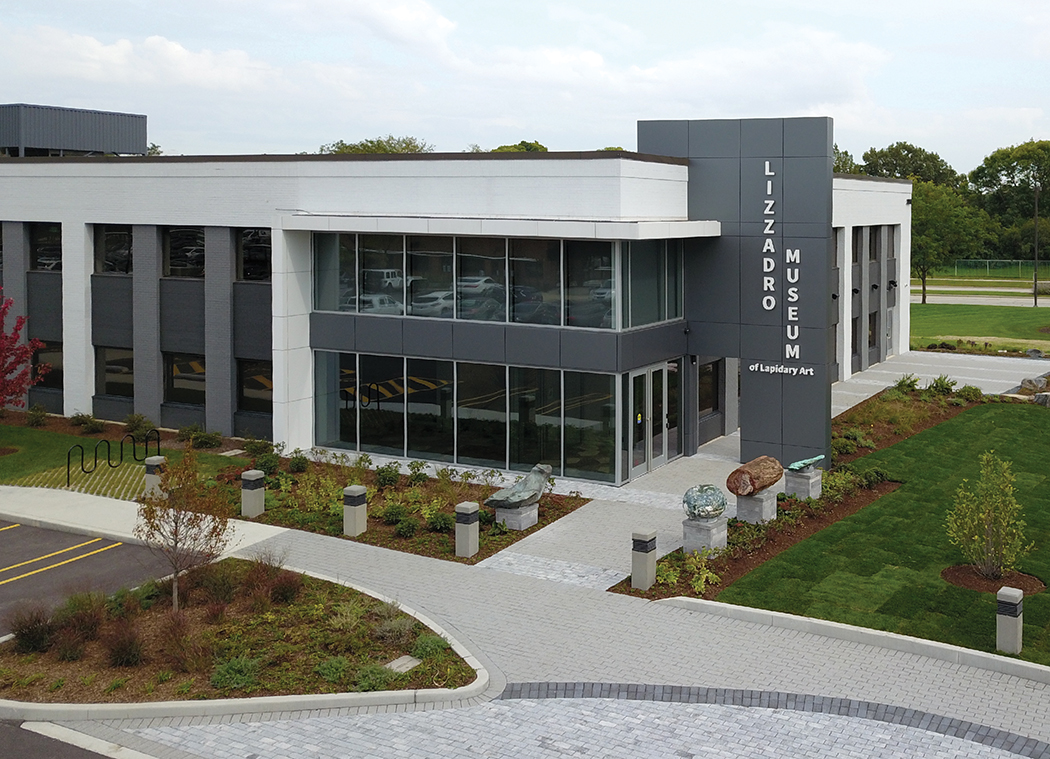 The Lizzadro Museum of Lapidary Art was founded by Joseph Lizzadro, an Italian who immigrated to Chicago in the early 20th century with his cobbler father. Joseph’s daytime career was in electrical contracting, but he also enjoyed cutting gem materials into cabochons. While on the hunt for rough jade for his cabochons, he came across a beautiful carved Chinese jade vase, and soon after found himself enamored with jade carvings from China, and started his massive collection. The museum opened in Elmhurst, Illinois, in 1962, and features over 200 jade (both jadeite and nephrite) carvings and other hard stone carvings from around the world. Many of the Chinese jade carvings feature figurines and urns carved meticulously in multi-colored rare jadeite - lavender, green, and orange.

The museum’s mission continues to share with others the beauty of gemstones and promote the study of rocks and minerals. In 2019, the museum moved to a new 15,000 square foot facility in Oak Brook, Illinois, 18 miles west of downtown Chicago.

Today, the Lizzadro Museum of Lapidary Art displays antique to modern gemstone treasures, with a blending of earth science exhibits and the collection continues to grow. Besides the remarkable carved jade collection, the museum houses a fabulous anthology of gemstone mosaics, including Florentine mosaics, created entirely from cut stone, like a zigsaw puzzle, from Florence, Italy, and Roman micro-mosaics, created from volcanic stone and colored glass, set in grout. They were created in the Vatican workshops in Rome between 1780 and 1850. At first glance, both Florentine and Roman mosaics look like paintings.

A special memorial portrait of Joseph Lizzadro, Sr. is made of more than 1,300 of natural stone which all fit together without any grout, a technique known as “commesso di pietra dura”, also referred to as Florentine mosaic. The portrait was created by Bruno Lastrucci in Florence, Italy, in 1976. 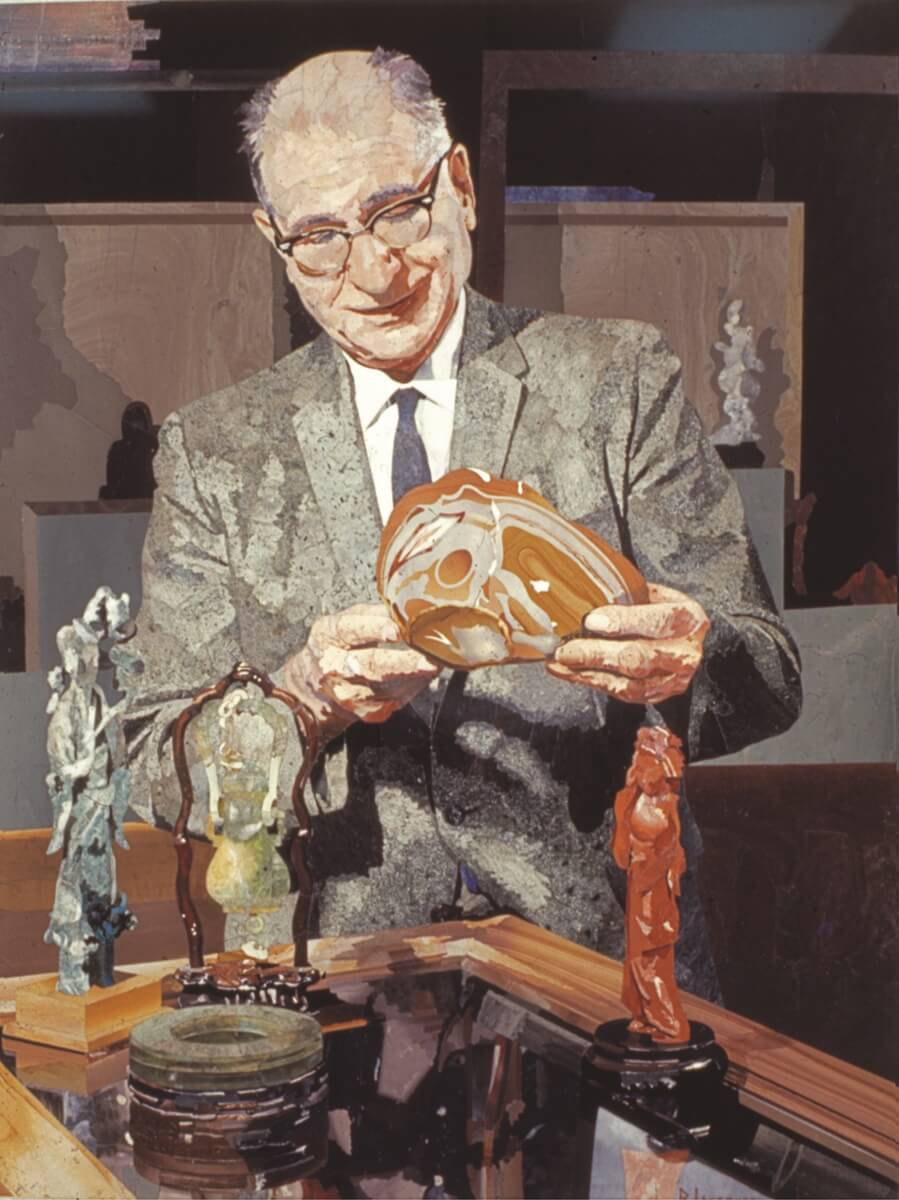 A large collection of cameos, some in agate carved in Germany, others in shell from Torre Del Greco, Italy, are also on exhibit. In addition, organic gems are on display, including the Last Supper ivory carving from the 19th century, and an amber carving titled “The Harvest”, carved in Italy in the late 1800’s.

Furthermore, the Lizzadro museum has a wonderful collection of gemstones – cabochon, faceted, and carved. The Rock and Mineral Experience – a rockhound’s delight- is an exhibit hall with 23 rock, mineral, and fossil exhibits. Among them is a 2,363 pound petrified wood log from the Petrified Forest in Arizona. A number of interactive and educational exhibits are for everyone to enjoy.

Sixteen dioramas feature whimsical wildlife creatures carved from various gem materials. The figures were carved in Idar-Oberstein, Germany, some from a solid block of stone while others are composites. 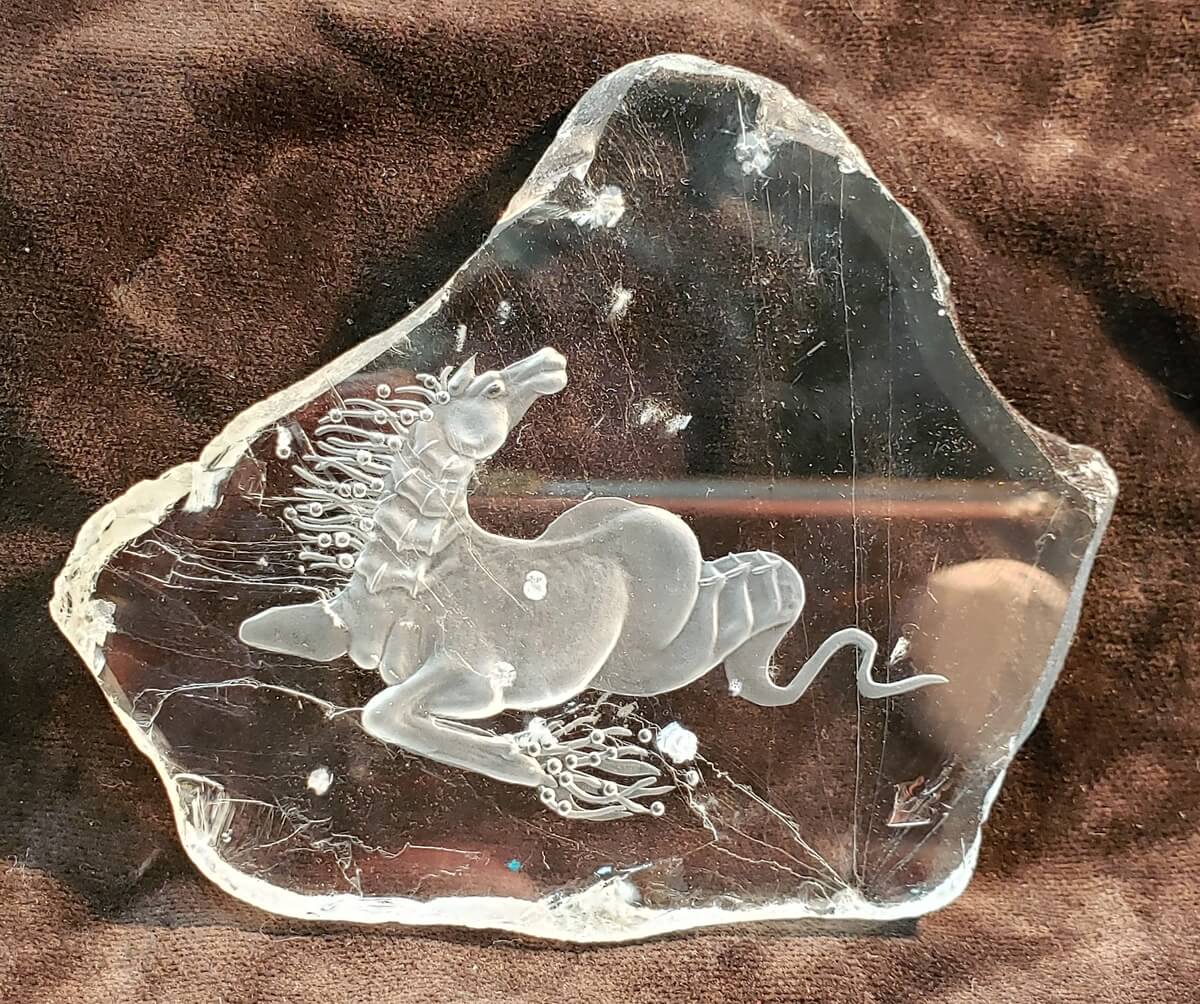 A special piece titled “Castle Lizzadro” combines lapidary and goldsmithing. It features an 18K gold castle which rises from natural specimens of amethyst, malachite, azurite, and vanadium, along with faceted diamonds set in the windows which glow and give the impression of a living castle. The artwork was commissioned and created by Willam Tolliday in London in 1984.

The Lizzadro Museum of Lapidary Art is a fabulous museum with unique exhibits rarely seen anywhere else in this country. The new “On The Cutting Edge - Contemporary Gemstone Sculpture” exhibit will be a wonderful opportunity for visitors to further learn about the contemporary lapidary arts in America and meet these amazing artists.

The Lizzadro Museum of Lapidary Art is located at 1220 Kensington Road in Oak Brook, Illinois. Please visit their website at www.lizzadromuseum.org

The video, Special Exhibit: One the Cutting Edge, is a beautiful and informative video created for this exhibit by The Lizzardo Museum to showcase ten lapidary artists from the Americas representing gem carving trends in the 21st Century.

Helen Serras-Herman, MFA, FGA, is an acclaimed gem sculptor and graduate gemologist with over 39 years of experience in unique gem sculpture and jewelry art. See her work at www.gemartcenter.com and her business Facebook page at Gem Art Center/Helen Serras-Herman