This elaborate title Silica – Agates & Opals & Quartz- Oh My! is the theme for this year’s 68th Annual Tucson Gem & Mineral Show® sponsored by the Tucson Gem & Mineral Society. The show is held at the Tucson Convention Center, February 9-12, 2023. Lapidaries and collectors can find many agates, opals, and quartz specimens at that show, as well as spread throughout all the gem and mineral shows in the Tucson 2023 Showcase. 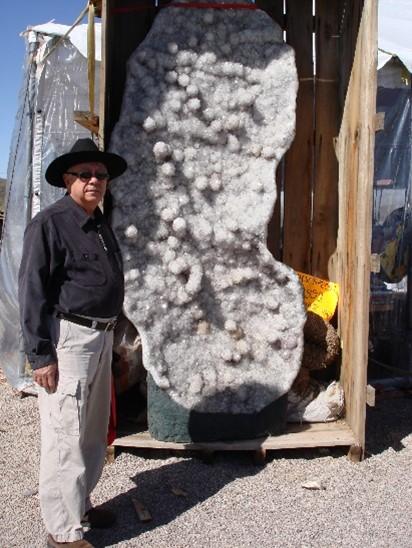 The title hints at the chemical composition of silica (SIO2) binds quartz, agates, and opals together. Quartz is one of the largest mineral groups, with over 100 different varieties. Quartzes are among the most popular gem materials utilized by lapidaries and gem carvers worldwide. Their hardness, wide range of textures and color varieties, crystal sizes, durability, availability, and often affordability, make the quartz family of gemstones irresistible and most attractive.

Quartz is divided into two main groups: crystalline and crypto-crystalline (crystals too small to be seen under the microscope). Crystalline varieties include rock crystal, amethyst, ametrine, and smoky quartz, where crystals are frequently well-defined with terminations, often occurring in clusters, and can range in size from thumb-size to mega-crystals. The crypto-crystalline varieties include the chalcedony group, agates, jaspers, flint and chert, and chalcedonic replacements, such as tiger eye or petrified wood. 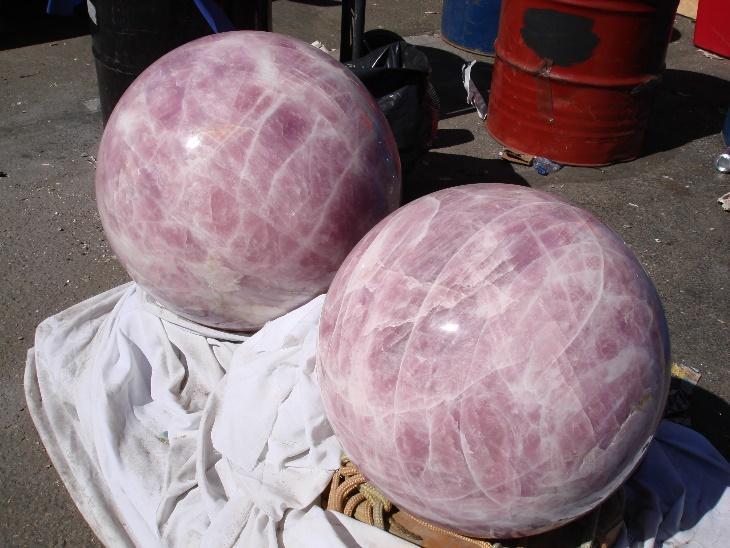 Chalcedony varieties show fewer patterns than their “cousins” the agates and jaspers. They may show hue and tone variations within the primary color, but they are best known for their uniformity. Prominent chalcedonies include chrysoprase, cornelian, blue chalcedony, and gem silica. 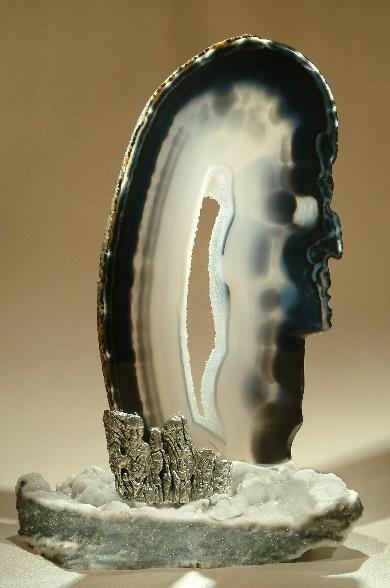 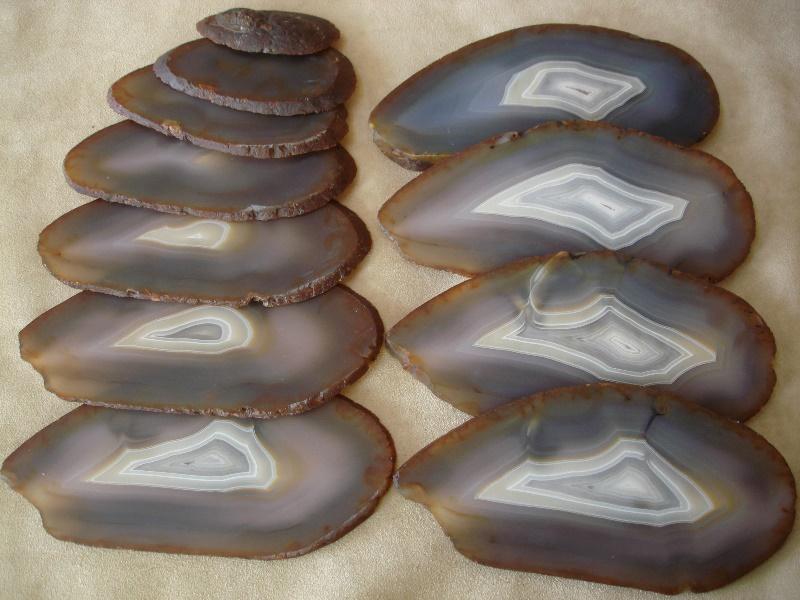 We slabbed this complete agate nodule. It is now part of the Carnegie Museum of Natural History collection for education. Photo Helen Serras-Herman

Opals are another form of silica, but they differ from quartz because opals are non-crystalline silica with high water content, usually 3-20%. Opals have a different structure consisting of closely packed round spheres of silica of fairly regular size. Light reflects and refracts and causes interference and diffraction as it travels through the spheres. The different size spheres produce different colors. 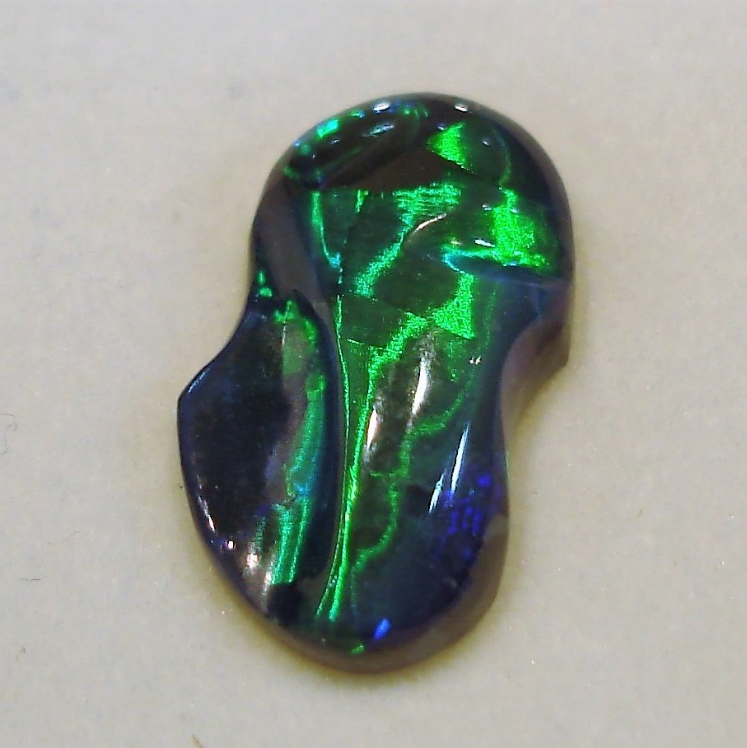 Black and white opals are famous because they display the optical phenomenon, play-of-color. Boulder opals display the same seams of opal resting on or penetrating the ironstone matrix, and many Mexican fire opals produce the same. 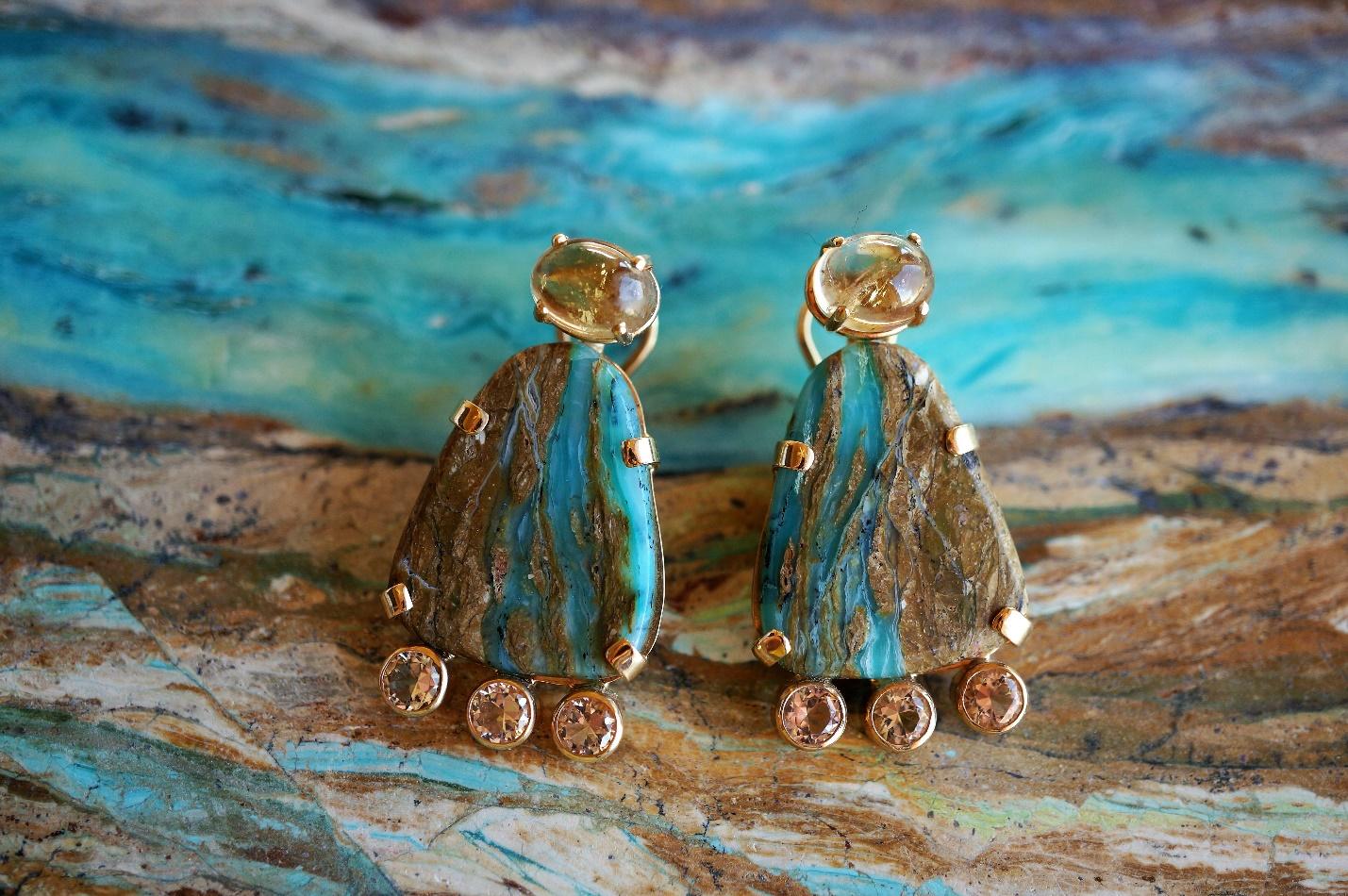 There is a certain amount of heat sensitivity for all of the quartz materials during carving, sanding, and final polishing. That danger is somewhat reduced in the chalcedony varieties. There is little to no cleavage problem, however, directional and varying hardness within the material may be a problem in the polishing stage and may produce a rippled finish if not enough care has been taken during the sanding stages. Natural fractures are common, and it is best to work around them or saw the material right down the fracture line. 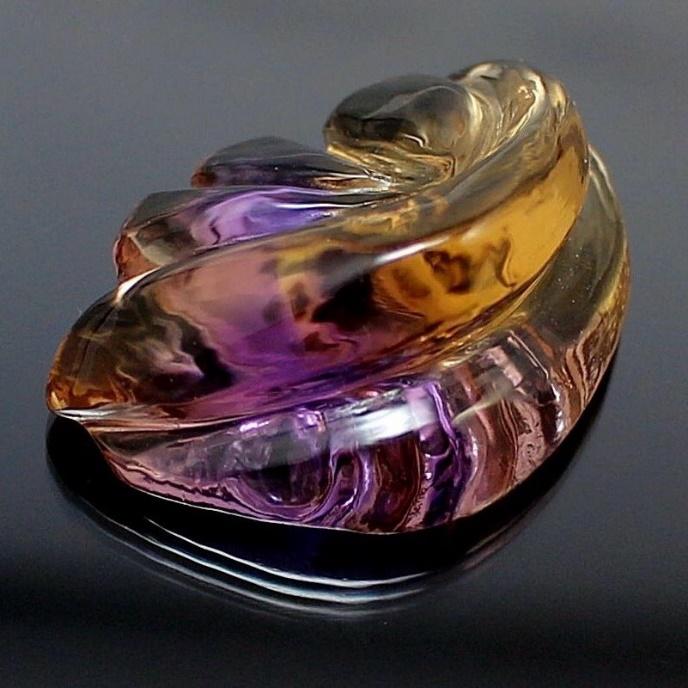 Ametrine quartz with its two bold colors is a favorite among carvers.

I am often asked whether there is a difference in carving opal compared to other colored stones. There are no fundamental differences in carving any gemstone. The lapidary steps are generally the same: grinding, sanding, more sanding, and final polishing. That being said, each material has a critical lapidary grit stage depending on the material’s hardness and uniformity.

What makes cabbing and carving opals differ from other gemstones is that the precious opal bands are often hidden deep into the stone and must gradually be revealed. The color bands may also be very thin and vanish in a flash with aggressive grinding, therefore, a slower grinding approach of “grind and look, and look some more” is highly recommended. My husband, Andy, loved the “treasure hunt” segment of cutting opals — looking for and exposing the color bands.

I hope you will not miss the 68th Annual Tucson Gem & Mineral Show®. Besides the over 250 fabulous dealers, stop by and enjoy all the amazing collections brought in by museums and private collectors as guest exhibits honoring the show’s theme. My guest exhibit case will showcase my “Gem Portraits in Quartz”, and I will be present at my Gem Art Center/Helen Serras-Herman Booth #1601 in the Ex Hall. 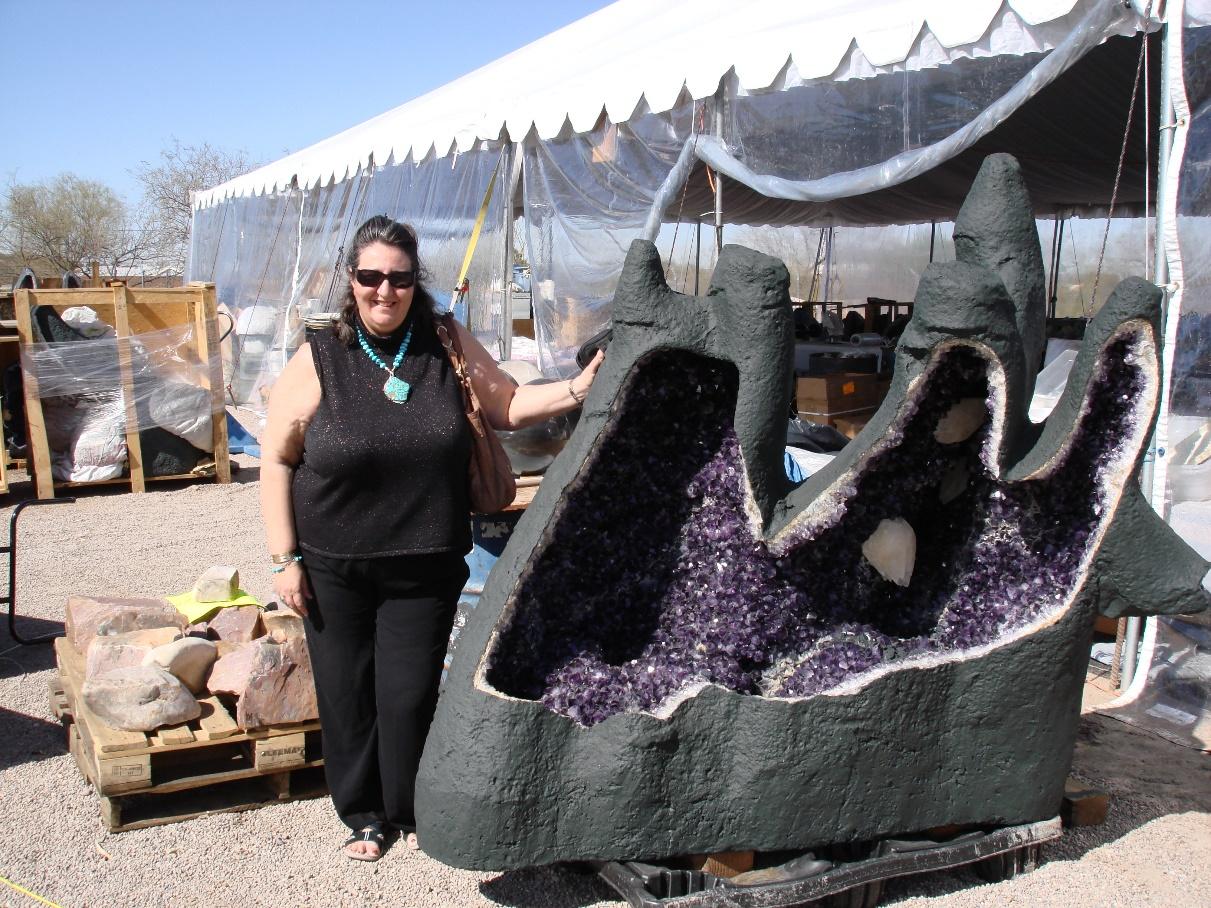 COVER PHOTO: This portrait of George Washington in a 10.5 lbs amethyst will be on exhibit at the

Helen Serras-Herman, a 2003 National Lapidary Hall of Fame inductee, is an acclaimed artist with 40 years of experience in unique gem sculpture and jewelry art. See her work at www.gemartcenter.com and her business Facebook page at Gem Art Center/Helen Serras-Herman