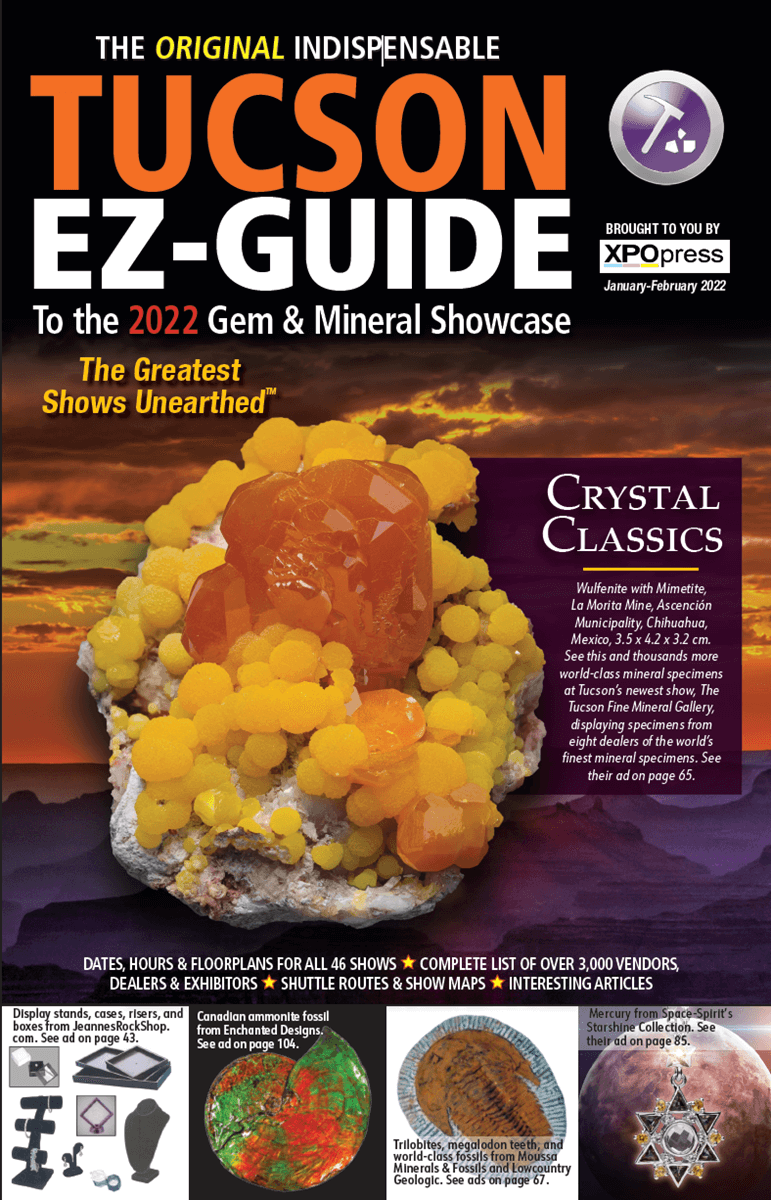 The Tucson Gem, Mineral, & Fossil Showcase is coming up fast — Jan. 28 - Feb. 13 — and Xpo Press can't wait to launch the 2022 Tucson EZ-Guide, which is in production right now!
The ever-popular Tucson EZ-Guide is a full-color guide distributed at local hotels and restaurants in Tucson, on the gem show shuttle routes, at Tucson International Airport, and at the 50+ shows of the Tucson Gem, Mineral & Fossil Showcase. The guide features articles pertinent to the Tucson Showcase, show dates and hours, show floorplans, citywide show maps, and a complete list of nearly 4,000 vendors. Buyers and sellers alike have been enjoying the Tucson EZ-Guide since 2004, as it quickly became Tucson's best, most engaging, easiest to read gem show guide, and also the most effective publication to advertise in.
Start planning your visit to Tucson online with our extensive database of shows and vendors:
https://xpopress.com/.../tucson-gem-mineral-fossil-showcase
And if you're a show or vendor, there's still time to advertise — either in the Tucson EZ-Guide, or on this website (which is becoming the most sought-after way to advertise), on on Xpo Press's Tucson Gem Show mobile app (get it on Google Play or the Apple Store). Discounts range from 3% off to 50% off. Contact Xpo Press to see what discounts you qualify for.
#gemshowguide #xpopress #gemshowinsider #gemshow #tucsongemshow #tucsongemandmineralshow #tucsonshowcase #ezguide #gemandmineralshow #mineralsforsale #gemsforsale #jewelryforsale #beadsforsale #fossilsforsale #Tucson